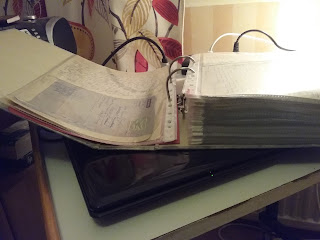 At the top of my file of letters written from the three years I lived in England, June 1963 to June1966 are two letters written by my father. He was the only member of our family at the time on the “Ebeneser” gospel ship in Ernakulam in Kerala, South India. The first letter was a birthday greeting. In the second, written three days later, he thanked me for making him happy with the good news I had written to him. Something had happened in the past few weeks, giving me a new perspective on life.  http://growingupinceylon.blogspot.fi/2018/03/the-tea-set.html

My relationship with dad was strained ever since a trip on the ship made me miss celebrating my twelfth birthday and forced me to miss several days of school. Every year after that I protested having to go to the ship for our holiday. The only way we could be together as a family was to stay on the “Ebeneser” during our school holidays. Those holidays were no pleasure trips. Dad’s missionary work, and especially the work on the Gospel ship kept him away from his family far too much.

The cabin on the ship was hot, tiny and cramped. If I wanted to go anywhere, someone had to take me by boat to the shore. There was nothing to see but the market with just cabbage, beans and pumpkin and slivers of fly-covered meat.  Before sunset, we swam around the ship. There was not enough fresh water to take a shower each day. I think I made life miserable for everyone. 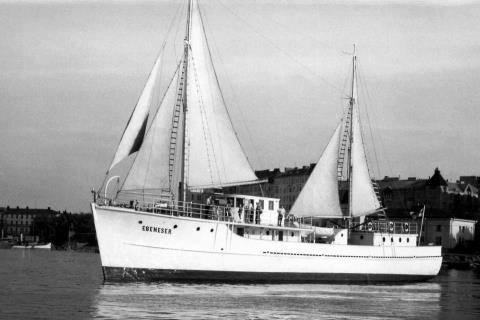 The green hills and the multi-colored sunsets reflected in the river flowing behind our house at 1060 Peradeniya Road were my daily joy.

I could ride my bike and borrow books from the British Council Library as often as I liked. The weather was never too hot.

The final blow came when I finished my General School Certificate exams. We had to leave Ceylon (Sri Lanka) the country that I had adopted as my home. I did not belong anywhere else. 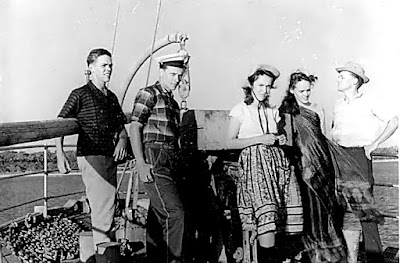 Dad left the Ebeneser in the care of two of my brothers, Samuel and Emmanuel in Ernakulam.

The rest of us, my parents, Toivo, Mary and I took a 50-hour train journey from there to Bombay (Mumbai). Hot winds blew soot and dust into our third-class carriage. I rebelled against the thought of ever following the path my parents had chosen for their lives.

The train was passing through a bleak arid landscape. I missed the lush green hills of Kandy.
How could any place so close to Ceylon be so different?

I added one more NEVER to my list.
If God wants me to go somewhere again, please, never send me to India! 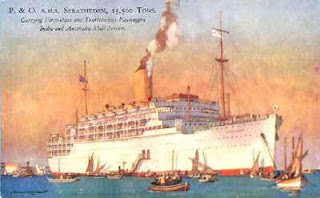 In Bombay, we boarded the S.S. Stratheden, a P&O passenger liner, for London.

Three weeks later we disembarked at Tilbury on my seventeenth birthday. The rainy, foggy weather matched my feelings. I had no future.

We stayed a few days in London. Before we continued our journey across the North Sea and Sweden to Finland, a young Finnish girl came to meet us. She had worked at a Children’s Hospital south of London.

I began asking questions. I thought I could stay in London right away with Toivo. He was not going to Finland yet. His correspondence course in Accountancy had led to his decision to continue his studies in London and find a job there. If I could work at the Children’s hospital, I would not be all alone in England. I thought there was nothing to go “home” to Finland for.

I called the hospital. The answer was,


“You are too young. Contact us again when you are eighteen.”
Posted by Lisa Enqvist at 10:23 PM

Lisa Enqvist
A small town on an island, West coast, Finland
Where do I come from? Born in Finland. Learned to walk in USA. Learned to talk in China. Went to school in Sri Lanka. Trained sick children's nursing in England. Was a volunteer in India. Worked as a missionary in Thailand. Now living and writing in Finland.